Being in the upper echelon of management at the Entry Group of companies is a natural fit for Andrew Dewar. As part of a trio of entrepreneurs, he helped drive the massive success of Entry Group’s first company, Entry Education, and was also instrumental in building its reputation as Australia’s leading real estate institute.

Now, as Director of Corporate at the Entry Group, Andrew is focusing on one of the Group’s younger companies, Entry Finance. He’s been involved in Entry Education since 2016, a year after his friend and colleague Ryan Keys decided that real estate education in Australia needed a major makeover.

“Ryan was working out of his parent’s house and I was going over there to work when I could,” Andrew said, of the years he spent working in corporate roles during the day and building the start-up with Keys in his spare time. When they ran out of money, Andrew got a job with a mate’s father working in a baby product warehouse from 7 am to 3 pm so he could finish mid-afternoon and join Ryan on the start-up project.

At one point, when they didn’t have money for office space, they were working out of a friend’s legal practice in Melbourne’s CBD, sharing a large floor space with a group of lawyers. “For the first year, we were sitting in a law firm’s bullpen, taking home about $200 a week each,” Andrew said.

A year or so later, Andrew’s brother Michael Dewar came on board. “That’s when we all got together and really tried to hit the ground running,” Andrew said. But it was to be a few years yet before the business became a profitable enterprise. “It wasn’t an overnight success at all. It was very difficult at the start and it really took a toll on a few areas of our lives,” he explained. 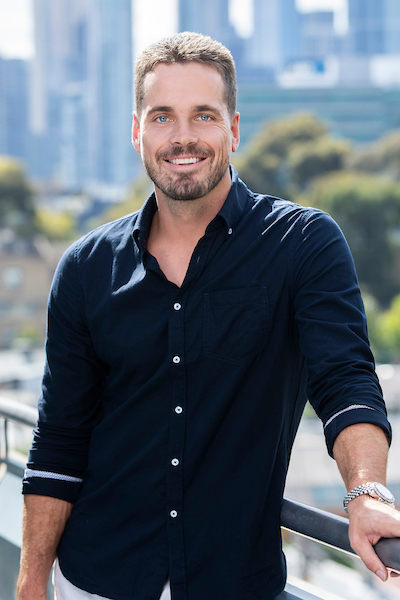 Despite the struggles and hardship, Andrew doesn’t regret the hard times. “I seldom stop to think about it these days because there’s so much going on, but I’m very proud of where we are today because we started from nothing and we were so young at the time.”

“Michael and Ryan had a clear vision and knew exactly what we needed to do,” Andrew said. “It was based on a deep understanding of the market and their previous experience in real estate education.” They recognised the inadequacies of the traditional learning model when they worked with real estate students who needed tailored learning rather than “cut and dry” training.

One of the important understandings adopted by the trio was that if staff availability was restricted to office hours, real estate agents were going to be stretched, even isolated, from the support they needed in their training.

So Andrew, Michael and Keys tossed out the business model that focused on enrolments and getting people through the door and, instead, set up training programs that focused 100% on student needs and providing them with support around the clock. But that wasn’t the whole story.

They flipped the learning model so that students were in control of their own learning. Course deadlines were made flexible and they studied at their own pace with a tutor available around the clock. All they had to do was send a message through the student portal to receive prompt assistance.

Of course, these changes could be implemented by any training institute, but would they work? Probably not. The non-traditional approach at Entry Education is the differentiation factor, but it was implemented with best practice methods and ongoing genuine concern for students. Clearly, when the focus is on the students and they have a great experience, every one wants to be a part of it.

The staff and directors go to extraordinary lengths at Entry Education to look after clients. Whether it’s hand-delivering hard copy course material to a student living with disability, or answering a call from a student at 10 pm, they’re on call for every individual student.

It doesn’t come as a surprise that employees are treated with the same respect as clients. There’s a gym, pool table, kitchen, bar fridge and TVs in the office, and employees can bring both their children and their dogs to work.

“We want employees to feel like they’re part of the place,” Andrew said. “We are a young, progressive and aggressive company in the way we operate and also expand. We have an open-door policy and it allows anyone, at any given time, to ask a question and get an answer right then and there.” The driving force behind it, he explains, is that we’ve all worked in places that weren’t staff-focused and we wanted “to make sure our staff are happy and healthy”.

Andrew, Michael and Keys’ management style includes openness and transparency whenever possible. They share company news and the current state of business with staff because they want to create a sense of belonging and commitment. There’s a separate office for every employee and they’re encouraged to participate in the collaborative office environment. “It’s very important that people find their own way and their own voice,” Andrew said. Does it work? Yes, it does. Employee retention is extremely high.

Following the tremendous success of Entry Education, the business recently expanded and is now a group of four companies. Each of them challenging traditional ways of doing business.

Andrew disagrees with the oft heard advice that you should never mix friends and family with business. “There are no people I trust and respect more than Michael and Ryan,” he said. “I couldn’t pick two better partners than them.

“I believe in the butterfly effect and, with that in mind, looking back on all the hardships and sleepless nights, I wouldn’t change a single thing because it’s allowed us to get to where we are today,” Andrew said. “And we have such a full appreciation of just how far we’ve come. From nothing to something amazing, and it is just the beginning really.”